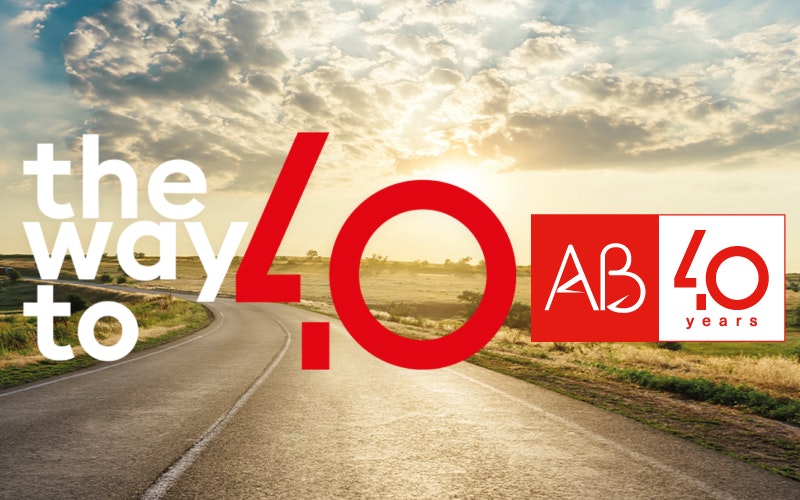 Orzinuovi (BS) – May 10, 2021. It has been forty years since a very young Angelo Baronchelli, specialist in the electro-technical sector, began his entrepreneurial adventures in Orzinuovi, creating the first electrical and automation plants in the agricultural zootechnical context in which he had grown up with his family. Today, AB is a multinational corporation with 21 locations around the world, more than 1,000 employees and over 1,450 installed systems. A company that looks to its future challenges with enthusiasm, as well as with the awareness that the sector in which it operates – the sustainable production of energy, both from an environmental and economic point of view – will be at the very center of global development in the coming years.

AB’s history from 1981 to today has always been characterized by a vision of progress that has made it possible to anticipate the times and project itself into the future before other players in the sector.  Already back in 1992, the Company’s big turning point with the first cogeneration modules produced and in 1996 the design of the ECOMAX® module, offering an innovative technological system to the market that integrated all components within a containerized module. In the meantime, the company structured itself and the Parent Company was born, while in 2007 the internationalization process got underway with the opening of the first foreign branch in Madrid, Spain. An important step for the Company, which would be followed over the years by the establishment of another 20 branches. In 2009, AB opened its large industrial center: 34,000 square meters of interconnected buildings, which today still represent the largest facility in the world dedicated to the design and production of cogeneration systems.

Over the past few years, AB has continued its path to stay a step ahead of the times. In 2018, the Company launched the DOABLE project aimed at the full digitalization of the company and integration with IoT and Industry 4.0 systems. In 2019, on the other hand, AB presented BIOCH4NGEⓇ, the innovative upgrading system from biogas to biomethane, dedicated to the production of biofuels for the transport sector, and in the same year, extending its range of solutions to the sector focused on the treatment of emissions into the atmosphere.

“For forty years now I have seen the industrial sector and the agricultural world, increasingly more sensitive to issues related to energy efficiency and environmental sustainability, which must go hand in hand with the economic side –  affirms Angelo Baronchelli, President and founder of AB. Today, our Company celebrates this important milestone, looking to the future, extending its reach and positioning itself, in the 21 countries where it is currently operating, as an ideal partner in the world of energy and environmental sustainability solutions, thanks to a series of innovative technologies focused on efficiency, on biofuels and on the treatment of emissions.”