How energy production works in a biomass plant

Biomass is an alternative renewable energy source to fossil fuels.

Biomass represents a highly topical solution in the current scenario characterised by the energy crisis and by the desire to find options to reduce dependence on foreign energy supplies. In addition, it has the big advantage of producing energy in a programmable and continuous manner, thus compensating for the intermittent supply of other renewable energy sources, such as wind and solar energy, linked to weather conditions.

In order to understand what biomass power plants are fed with, let's start with the definition of biomass given by European Directive 2009/28/EC, which identifies it as “The biodegradable fraction of products, waste and residues of biological origin from agriculture (including vegetal and animal substances), from forestry and related industries, fisheries and aquaculture, as well as the biodegradable fraction of waste, including industrial and municipal waste of biological origin”.

In other words, the definition includes waste from the food industries, energy crops, firewood, residues from agricultural and forestry activities, seaweed, vegetable oils, farm waste and OFMSW, that is the organic fraction of municipal solid waste.

How a biomass combustion plant works

Historically, firewood was the first form of energy used by humanity, even before the adoption of coal, gas and oil, and it is still widely used for domestic heating through fireplaces or pellet stoves. The current large-scale exploitation, on the other hand, is much more intense in countries with favorable legislation (e.g. Germany, Austria, Denmark and Spain), while in others, like Italy, it is mainly hampered by public opinion and by the opposition of local committees.

But how is energy produced from biomass? There are several processes that make it possible to transform organic materials from plants and animals into energy, but all share a basic operation. They take place inside a thermal plant, where the combustion of organic materials generates heat, which transforms the water of the thermodynamic circuit into steam. The steam rotates a turbine which puts into action the rotor of an alternator, producing alternating electric current.

What are biomass cogeneration plants used for

A biomass cogeneration unit is useful in all cases where simultaneous production of electricity and heat is necessary, such as district heating or certain industrial productions. Inside, the biomass can be used raw or treated.

In the first case, the raw biomass is conveyed to a burner which generates heat. The heat in turn heats a working fluid (usually water) that transforms into steam, acquiring mechanical energy through a pressure increase. The mechanical energy powers a turbine connected to a generator, which produces electricity. Part of the heat produced is conveyed to a hot water circuit which powers the thermal utilities.

In the case of biomass treatment, for example, through anaerobic digestion of organic materials in the absence of oxygen, the plant is powered by biogas, which has characteristics similar to methane gas. This biofuel powers an internal combustion engine connected to an electric generator and allows the simultaneous generation of electrical energy, hot water and steam. 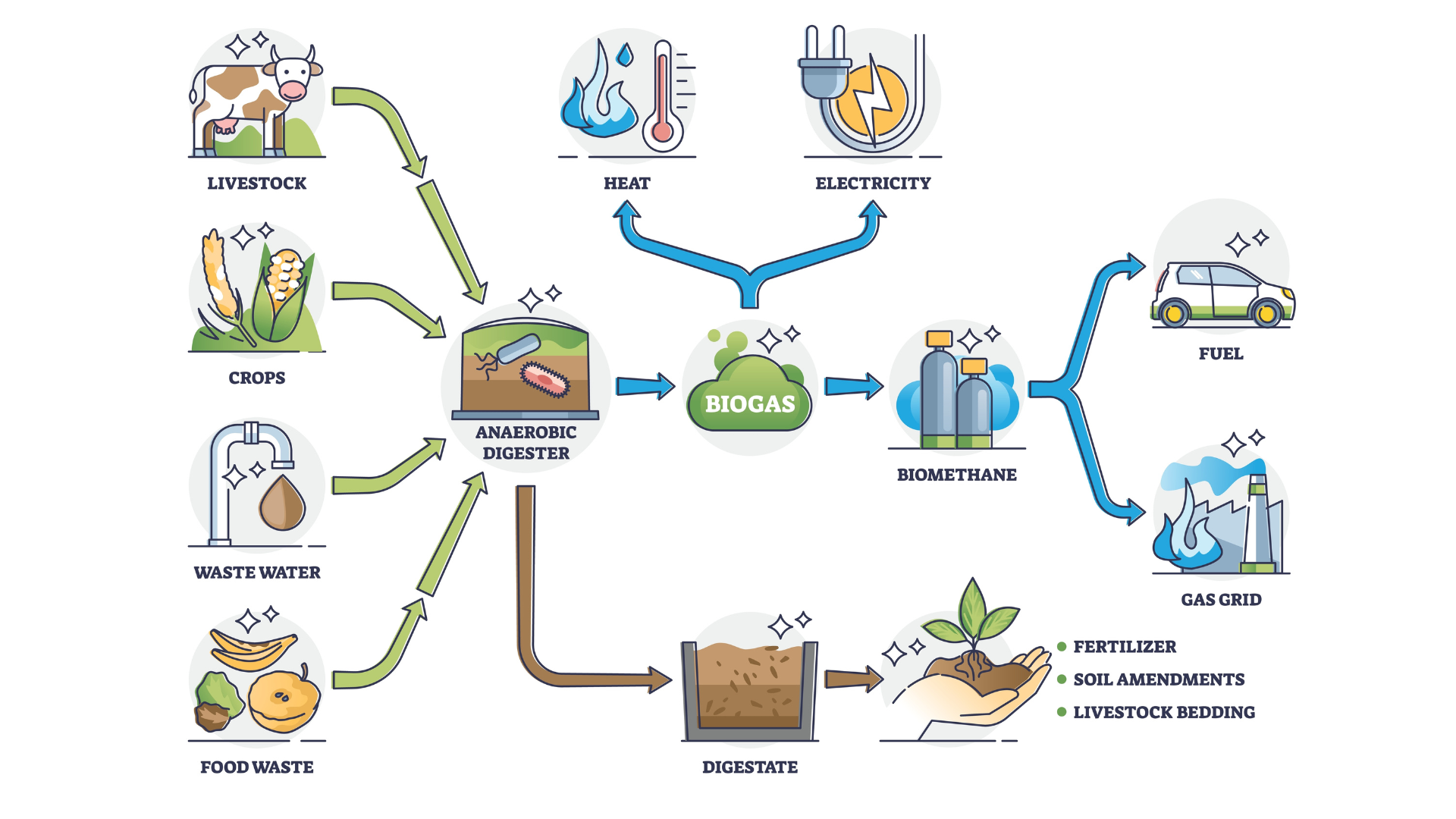 There are pros and cons to biomass plants, linked both to the raw material and to the manufacturing processes.

The following factors can be included among the advantages:

Although the advantages are significant, there are also critical issues, in particular related to:

In order to be successful, the road towards the energy and ecological transition must include the contribution of various technologies, such as biomass power plants but not only. However, it must be borne in mind that every solution has its pros and cons, which must be balanced through the right legislative support and the improvement of the available technologies.